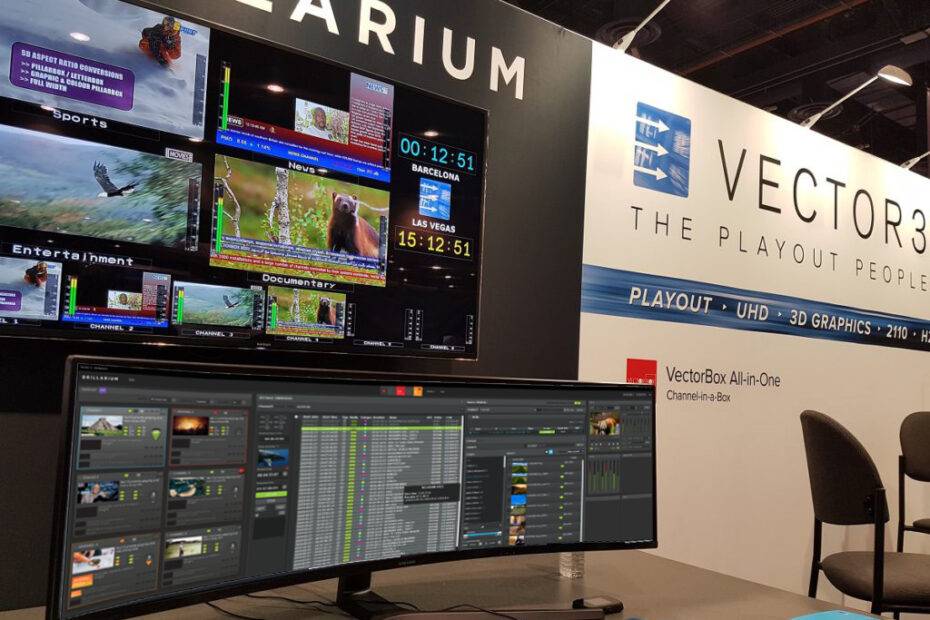 NRDmultimedia, the company of ADTEL group devoted to TV and video production, has incorporated the Vector 3 as a new business unit. Vector 3 is known in the industry for having developed many first, being VectorBox –the first channel-in-a-box– one of them.

During the 1980s Vector 3, pioneered the use of PC technology in broadcast environments, using graphic boards originally designed for NLE applications, and unleashing the disruption that would lead to the IT predominance in TV industry. VectorBox, was the logical materialization of the concept, an off-the-shelf PC able to create a TV signal with video, graphics and effects, ready for the antenna. VectorBox dramatically reduced the cost of producing a TV channel, making affordable the ownership of TV stations to many new companies and institutions. The success of this new paradigm propelled Vector 3 to a fast international growth, building a worldwide reputation of reliability, innovation and quality.

After that early success, Vector 3 continued creating technology to allow TV and video production industry to benefit from the outstanding development that IT have been experiencing. The advent of global connectivity created a new model of broadcast based on massive sites airing hundreds of channels with the programmes being provided as video files.  To give service to these customers Vector 3 created DRILLARIUM, a large scale master control that permits a single operator to run as many channels as necessary. DRILLARIUM is based on a smart monitoring technology that gives to the human only the information that is required for the critical decisions while doing automatically all the rest.   DRILLARIUM is able to control playout sites spread in different continents or uploaded to the cloud. The ability of Vector 3 technology to control a large number of channels from a single GUI has been especially successful for LAI (Local Ad Insertion) an application in which is the first choice.

The most recent development from Vector 3 is In/Out, a product for ingest and studio production. In/Out is a universal player and recorder that not only can record and play in any format but also has all the inputs and outputs that exist nowadays. In/Out can record natively any streaming format and very specially SRT while for the studio applications it supports ST2110 and NDI.

NRDs  experience in engineering will bring Vector 3 to a much better position to help system integrators and  partners to offer to their end customers not only state-of-the-art technology but also valuable knowledge transfer.